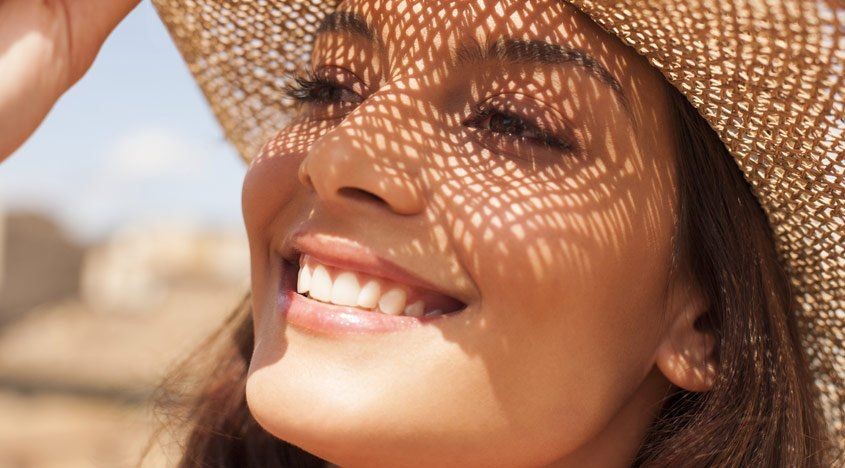 Hello from Quito, Ecuador, the center of the world! …

Ecuador’s UV index is highest on the planet!

I live in Quito, Ecuador and as Ecuadorians very well know the sun’s rays (UV radiation) is a problem. Our country got its name because it is on the equator.

Now you might think that the entire problem of UV radiation comes from Ecuador’s location and while it’s true that UV intensity increases the closer you go towards the equator, altitude plays a major role in our exposure.

At higher altitudes, the intensity of ultraviolet (UV) radiation increases because there is less atmosphere above to absorb the ultraviolet rays. The UV intensity also increases the closer we go towards the equator.

UV radiation levels above 11 are considered “extreme” by the World Health Organization (WHO). So what can you do to avoid getting fried when you go to the beach or the mountains in Ecuador?

It seems, Ecuador Beaches have among the highest UV indexes in the world. According to the Oct 2008 Hyperion Report from the Ecuadorian Civilian Space Agency, Ecuador, Peru and Colombia receive the highest UV radiation on the planet.

The UV index in Guayaquil is over 14, and in Quito the UV index is over 24. In fact, all along the Andes UV radiation is notoriously high, that’s why you see such red-faced kids and leather-skinned adults in the Andes. At such high altitudes, the combination of UV and dry air really takes its toll on the skin.

I can tell you from personal experience, everyone has to protect and care for their skin!

As the ozone around the world, thins out UV protection is more important than ever. That’s why I decided to research how to best protect myself and my children when we are out in the sun.

I am very proud of my country and since we are talking about extremes… elevation and UV radiation… Did you know that Ecuador is home to the highest point on the planet?

Mount Chimborazo is an Andean volcano in central Ecuador, looming so impressively over the country that, on a clear day, you can see it all the way from the large port city of Guayaquil, 90 miles away. Chimborazo is Ecuador’s highest point, but in terms of elevation, it’s far from the highest peak in the Andes. In fact, there are almost 40 more impressive mountains in South America.

So how is the “30-somethingth” highest mountain in the Andes simultaneously the highest point on Earth? The Earth isn’t really round. Well, it’s “round-ish”, but it’s not a sphere. It bulges in the middle. This bulge isn’t huge,but it’s enough…

Chimborazo tops out at 20,702 feet, almost two miles lower than Everest. But that’s only compared to sea level. If we take the equatorial bulge into account—in other words, if we measure what peak is farthest from the center of the Earth—Chimborazo sticks more than 7,000 feet farther into space than any of the Himalayas do, since they’re located thousands of miles north of the Equator.

Once again, being on the equator makes a big difference whether you are at the beach or in the mountains, protect your skin from UV radiation.